We stayed at the Hotel Daniel for our anniversary, which, besides being the most hipster and unlike classic Vienna place you can imagine, it’s also famous for its Sunday brunch. Keen on trying it out, we decided to sit down to indulge on some baked goodies. 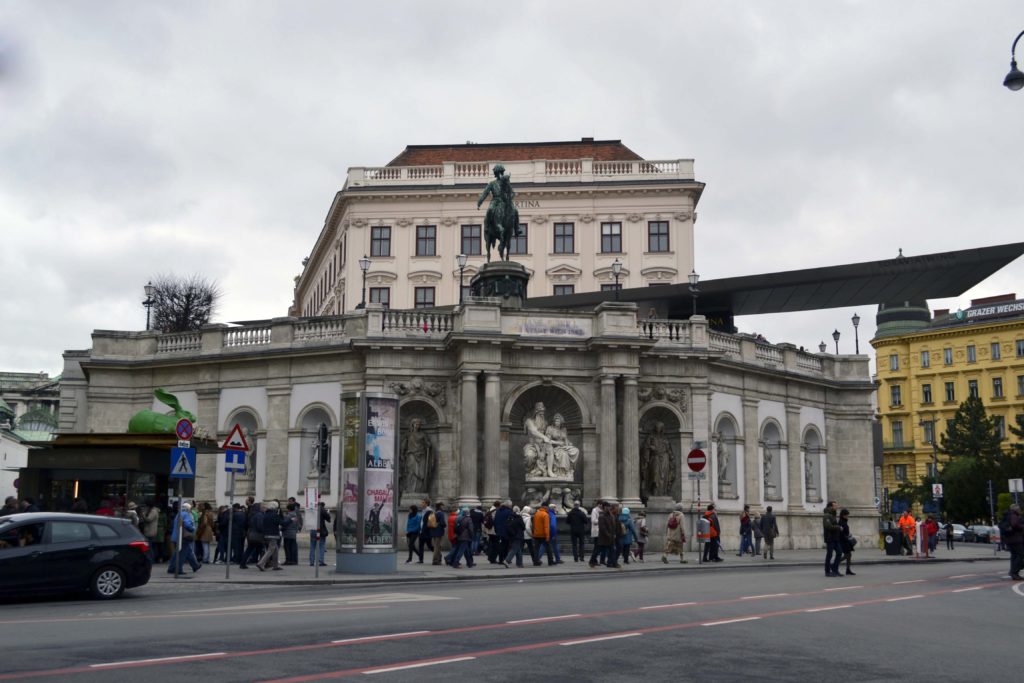 Afterwards we took two bicycles from the hotel lobby and cycle around the city. Sundays in Austria seemed to be quite similar to Berlin, in the sense that except a couple of restaurants or bakeries, almost everything is closed and local people rest, but this was not a regular Sunday in the city. 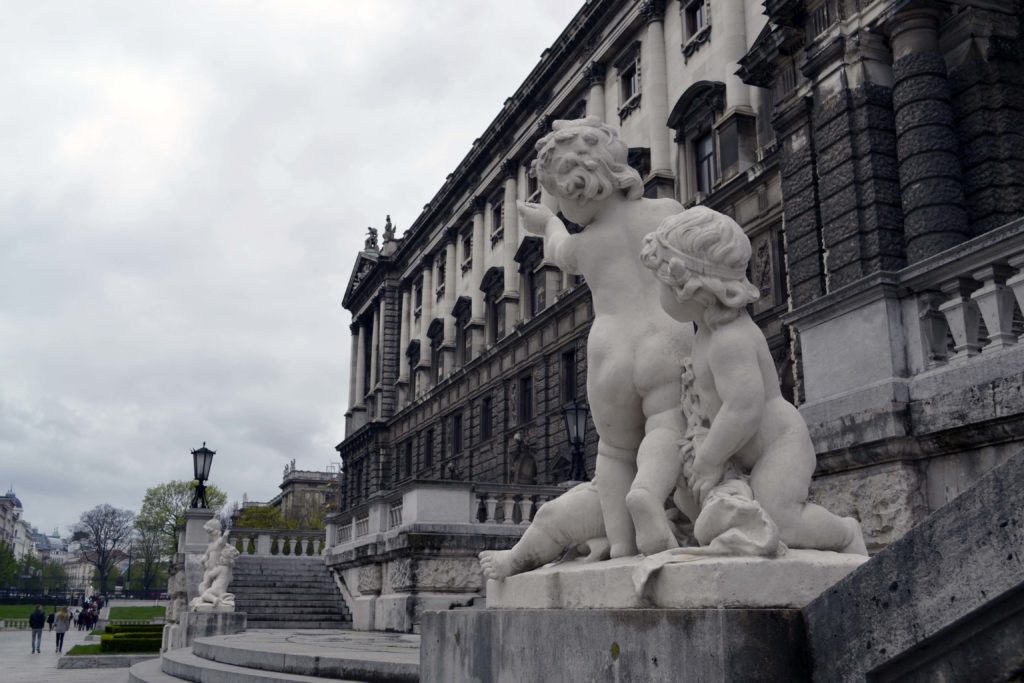 We found ourselves in the middle of a ‘party’, one of the biggest Vienna Marathons was taking place and the whole place was packed. People cheering, clapping, there was a band with drums (batucada) setting the pace for the runners and on the finish line there was a massive food market for all those waiting. 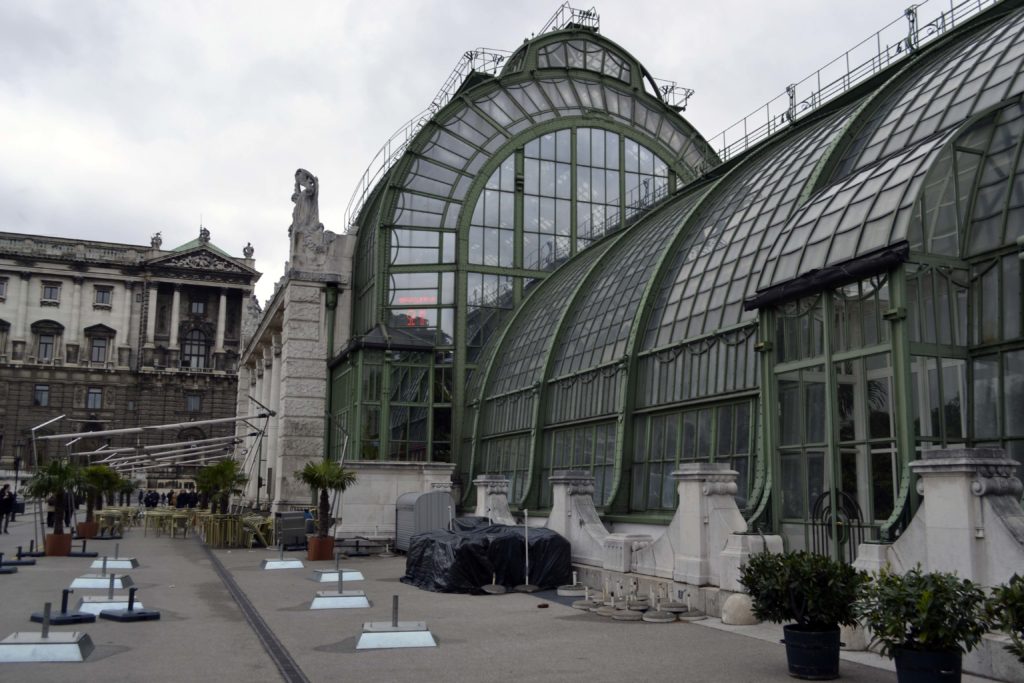 We stayed a while, cheering the runners and then we kept going towards the arms museums. But we stumble with the Schmetterlinghaus, the Imperial butterfly sanctuary and decided to make a quick stop to check it out. If the photos look fuzzy, it’s because the humidity of the place was such, that my lens kept frosting itself. But I still manage to get a few shots of the little fellows. 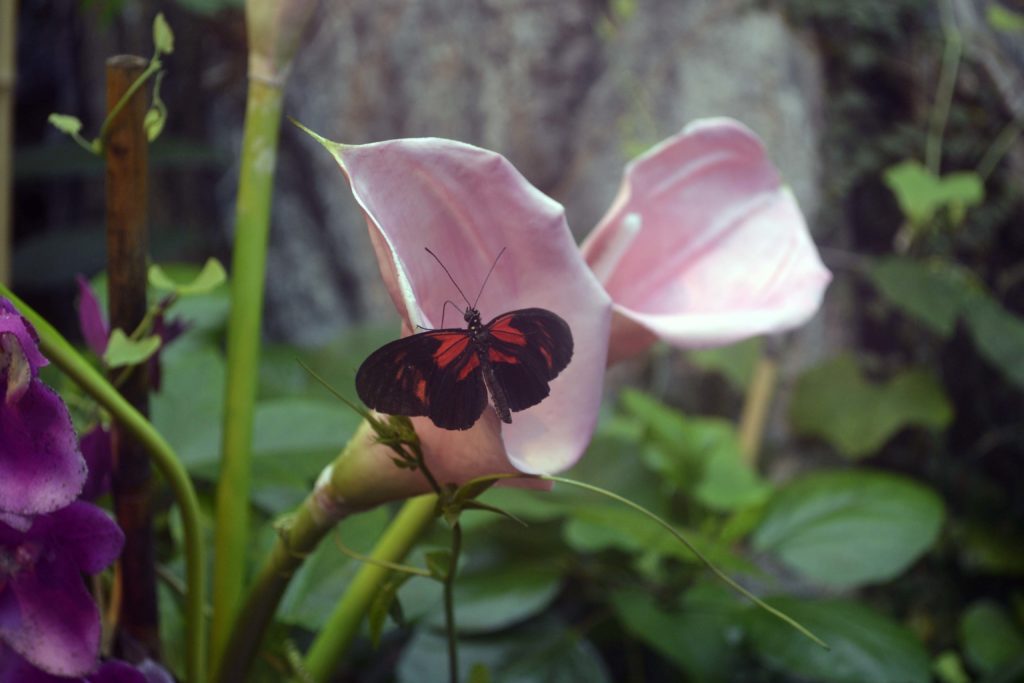 Close to the sanctuary we manage to find the arms museums and spent a couple of hours walking through roman architecture and medieval antiques. The amount of shields and weapons is insane and even though most of the items talked about in the audio guide were not available, we could still get a grasp of the history given the other elements. 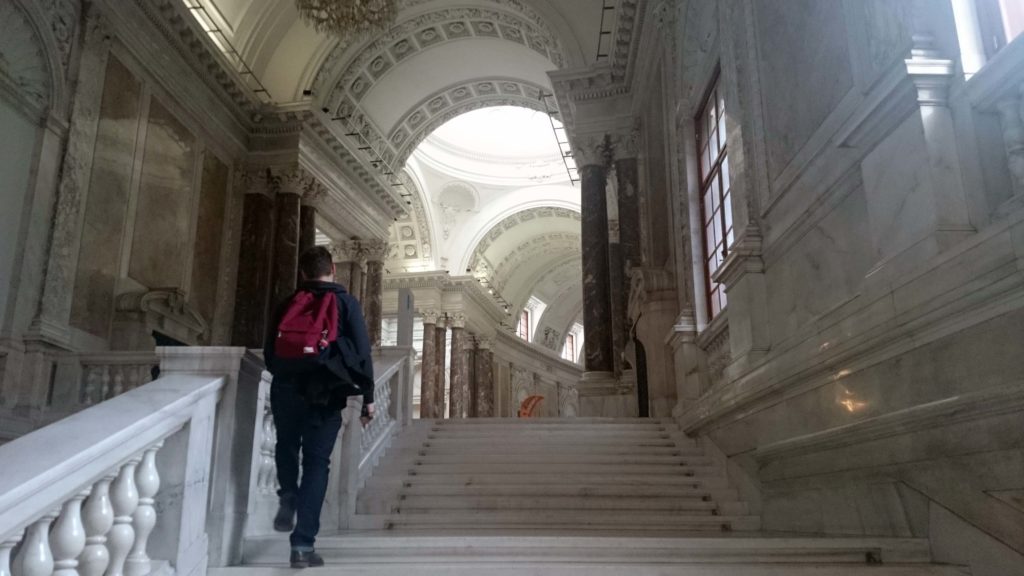 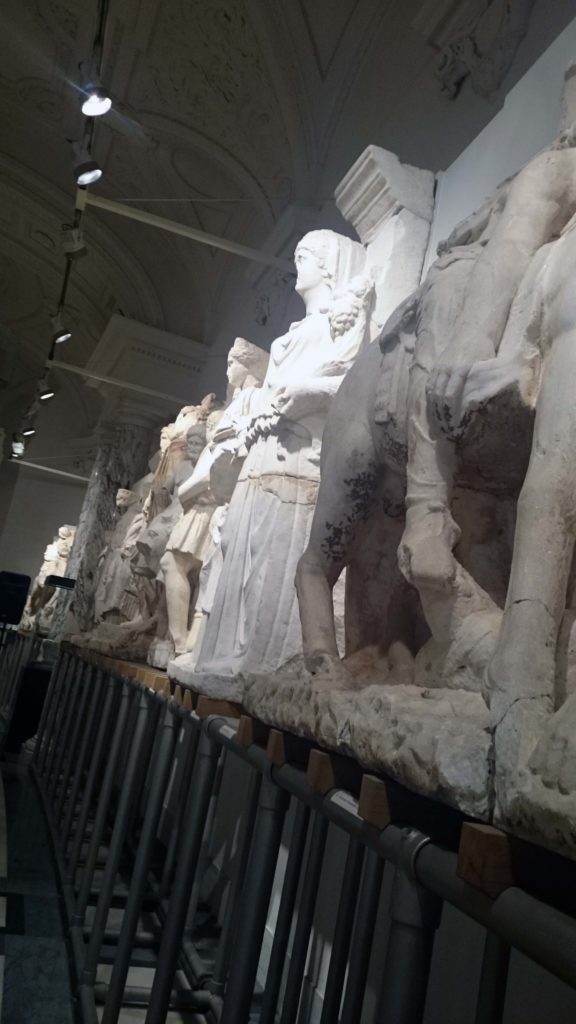 Once again, walking got the best of us, and by the time the afternoon came we were shattered, but since we wanted to make the most of the day before heading back to the airport we stopped at Café Schwarzenberg for a bite. Two coffees were of its way, le boyfriend chose his classic cheese cake and I ordered a warm apple strudel with some vanilla custard and raspberry sauce. 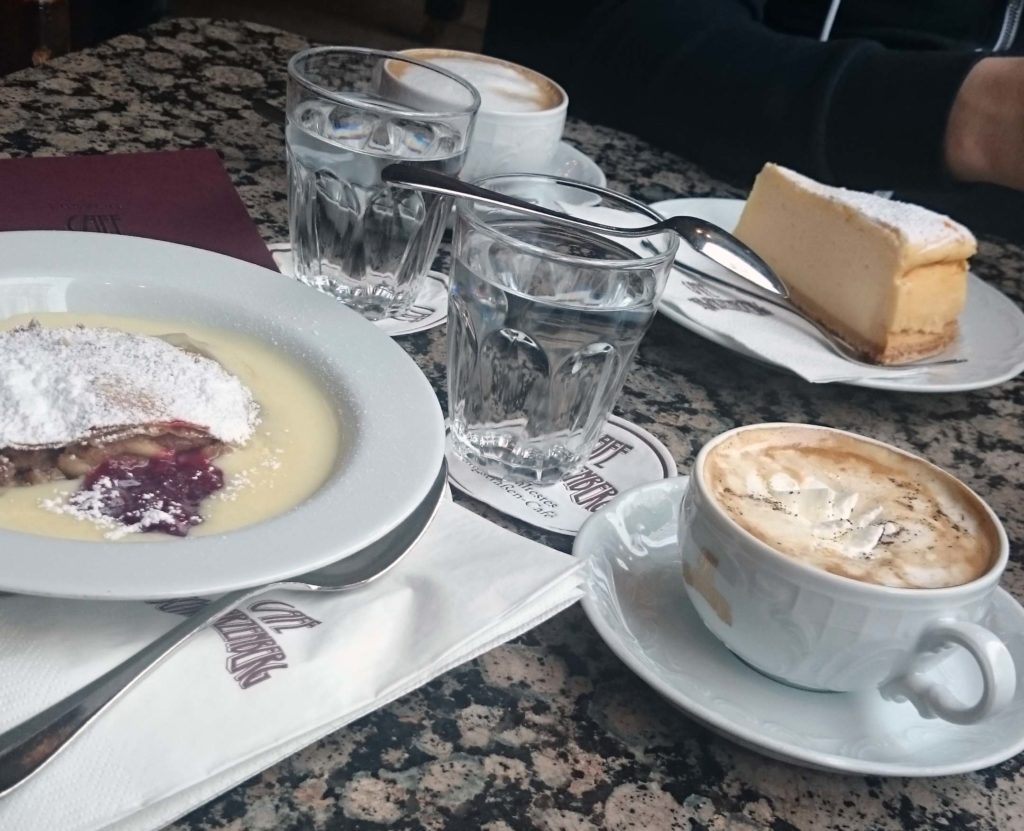 I was in heaven, to make the whole thing even better, not long after we sat down a couple came up to the stage and started playing the violin and the piano, even a lady who was having a coffee decided to join them singing! 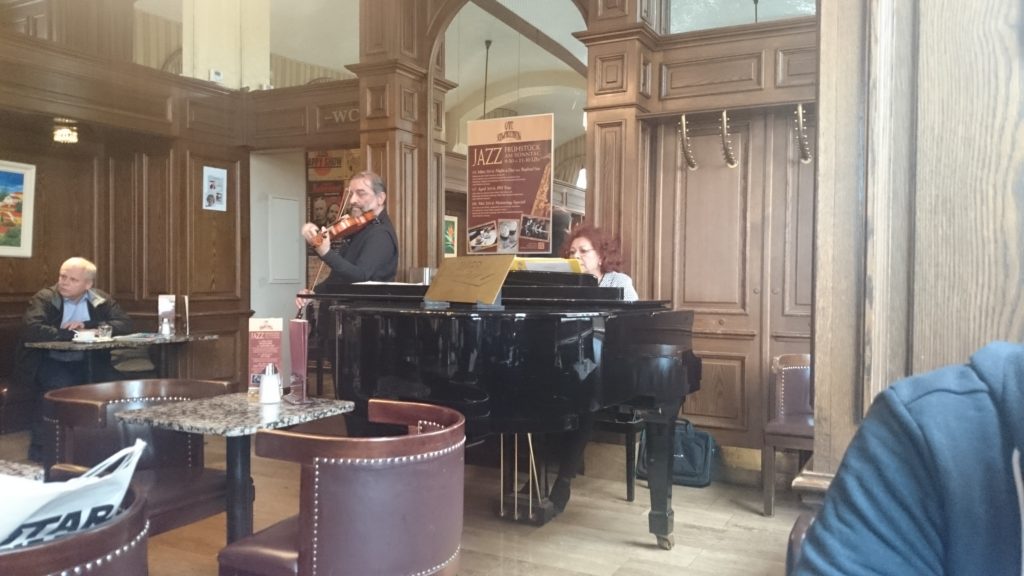 When it was time to go home, we cycle back to the hotel to return the bicycles and took the metro towards Vienna Central Station, which is one of the station where the train that goes into the Vienna airport stops, it’s almost direct from there, maybe stopping once or twice and it stops directly underneath the airport.

We got home around 11pm and went straight to bed, happy from our little weekend adventure and totally exhausted. 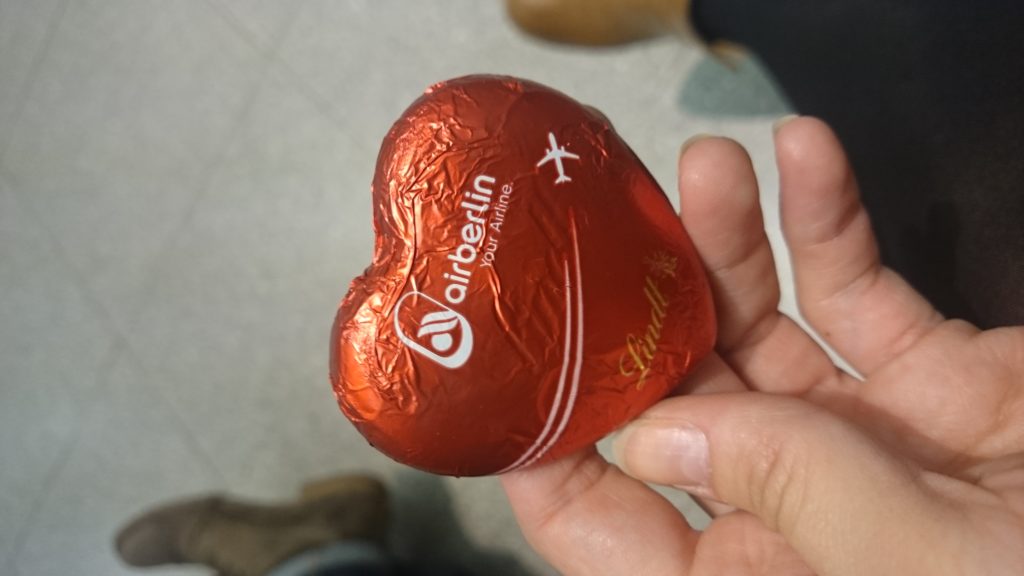